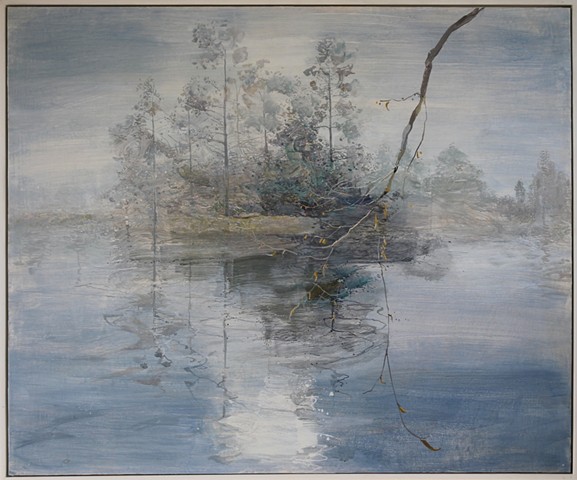 Ruth Stage studied at Newcastle University and a post graduate in painting at the Royal Academy Schools, graduating in 1995. She has exhibited extensively at many prestigious galleries in London and throughout the UK. Ruth has won numerous awards, including the M&G Prize Young Artist of the Year 1996 at the RA Summer Exhibition, the Villiers David Travel Award in 2003, and the Lynn Painter-Stainers Prize in 2013. She has been an elected member of the New English Art Club since 1999. Her paintings are held in many private, public and corporate collections including Hiscox PLC, the Professional Football Association, Durham University, HSBC Bank, Nat West Bank and Pearl Assurance.

"Ruth Stage is something of a phenomenon among contemporary landscape painters, using the apparently painstaking technique of egg tempera on white gesso to achieve remarkably fluid, virtuoso effects of light, pattern and texture, with more vivid colour being achieved by the use of pure colour mixed in the egg-yolk. It has won her a remarkable following and considerable critical success, culminating in winning First Prize in the Lynn Painter Stainers’ Prize in 2013, but success does not seem to have undermined the quiet, critical integrity of the work."